Is Kwad Box Worth It? Yes, YES it is!

Subscription services are EVERYWHERE these days.  Clothes, food, razor blades, tooth brushes; you name it, you can subscribe to it.

“On the first of the month I chow down on my “Bacon of the Month” box, and on the 15th I slide into my monthly “Slime Box Club” delivery.

I’m sure the neighbors think I’m a wack-job (jk, I don’t actually subscribe to those).”

But I’ll tell you about one service I DO subscribe to, it’s called Kwad Box.

If you’re new to the FPV drone hobby then you may not know that Kwad is a tongue in cheek nickname for ‘quad’, or quadcopter.

Kwad Box ships a monthly box to your doorstep containing mini-quad parts, props, stickers, coupons and a t-shirt (depending on which level of box you get).

After some research into the various FPV based subscription services (others include FPV Crate and Drone Drop) we decided on Kwad Box.

This was based on solid reviews from a number of trusted people we spoke to.

However, we are also aware that there will always be bias, and the tendency to only criticize the negative.  We decided to take it upon ourselves and give them a try.

Except for the motors,this quad is being built from kwad box parts only. A big thanks to KO technologies for providing the motors! Stay tuned for part 2 to hear more about the Kwad box build!

We received our first Kwad Box + Boost back in August.

Excitement was through the roof.  We dove right in and here’s what we saw:

Kwad Box also gives exclusive promo codes to use on limited run products, as well as other stores they’ve partnered with.

All-in-all we were stoked with the contents of our first box and decided that the value was worth keeping the subscription for another month!

“I subscribe to Kwad Box for the surpises, t-shirts, stickers, etc. Also I get to try out different props that I wouldn’t have without the awesome team at Kwad Box!” – Paul Duke

When September came around the contents of the Kwad Box got even better.

Inside was a TransTec F7 Flight Controller, presumably to pair up with the 4-in-1 ESC we got the month prior.

It was at this point we began to throw the idea around of building a Kwad Box exclusive quad.

We had actually received the RAD-X Freestyle Frame (which was from a box several months prior) from a close friend of ours so it just made perfect sense!

October came around and right before we got our Kwad Box I was telling one of my partners “Man it would be nice if they would include something for bystanders to be able to watch the FPV feed.  Something like a small screen, a watch, or a cheap pair of goggles”.

Our jaws dropped when we looked in the box.

It felt a little heavy and the individual box was completely white and unmarked.

When we opened it, BOOM, an FPV watch!

We went out flying that same day to try it out.  It was great to have a little screen to watch on.

Unfortunately we noticed right away that there was a defect in the screen.

The top protective layer was separated from the screen itself which caused a big issue when viewing in sunlight.

We later found out via various Facebook groups that this was not an isolated issue.

Then we decided to email customer support to see if they could help us out.  We ended up getting in touch with Tyler Crane.

We provided him with a picture and without hesitation he responded back and resolved the issue by sending us a new unit.

Several days later it was at our doorstep.

We emailed Tyler back right away to thank him. He responded and said to email him if We had any other issues.

Thanks so much to Tyler for being a huge help

“I enjoy the steady supply of boost parts for “boneyard” builds… and of course, the t-shirts.” – Indigo Ryno

Based on our experience so far, we at APVDrone.com agree that Kwad Box has some of the best customer service in the FPV industry.

We have had communication with Kwad Box about several other topics and they are continuously poignant in their responses and always willing to help out.

This fact right here is reason enough to choose Kwad Box over the other services we mentioned.

Why should you consider subscribing and what type of pilots does Kwad Box cater to?

We think FPV subscription services are geared towards anyone looking to increase their stock of FPV goodies.

Typically this is great for anyone new to the hobby.

You can trust that you’ll get premium parts, as well as cool new shirts and stickers each month.

It’s always good to get stock on props.

If you are excited about the prospect of a monthly mystery box of top notch FPV goods then this is for you.

Speaking of the props.

Getting several sets of different props each month with different pitches and styles from different manufacturers, is a great way to try out the many different types.

Who knows, you may find a new favorite!

In our latest FPV pilot profile we talk with Peoria Illinois MultiGP pilot Allen Brown. Read on to find out what how he got involved with FPV and MultiGP!

In our latest FPV pilot profile we talk with Illinois freestyle FPV drone pilot Franco De Leon. Read on to find out what fuels his passion for FPV!

In our latest FPV pilot profile we talk with deaf freestyle FPV drone pilot James Holubetz. Read on to find out how he overcame such a big hurdle. 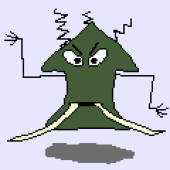 My Day At The ZW Ranch