FAA Remote ID Proposal and What it Means for You
Jenny Luedtke
February 4, 2020

The Federal Aviation Administration (FAA) recently released its FAA Remote ID Proposal. The Notice of Proposed Rulemaking (NPRM) in its current state, it is complicated, uber expensive and intrusive. But before we get into that, let’s start from the top.

Remote Identification is essentially a “license plate” for all unmanned aircraft systems (we’ll call them drones for all article purposes).  It’s a way of identifying a drone’s location, telemetry and registered pilot in order to mitigate catastrophe.  The idea being that a Remote ID could thwart safety concerns that have risen with recreational drone flying becoming more popular (over 8 million drones and increasing).  These safety concerns include flying in no-fly zones or over sensitive activities, flying with ill intent, flying over crowds, and of the utmost importance; flying near other aircraft.  All valid concerns.

So, why is this important? While this proposal creates the framework for the commercial drone sector, it does not consider us; hobbyists flying for recreation.  If this NPRM passes, it will produce many burdens for the recreational pilot.

While the FAA cites safety as its top priority in the proposal, it lacks any rule making that protects us pilots.

As mentioned above, the Remote ID collects a drone’s location, telemetry and registered pilot information and sends it to a remote service provider.  That provider will store this data, your data, for at least six months.  Six months (or more) worth of tracking.  How will these remote service providers protect our data?  What fail-safes will be put into place to avoid data hacks from occurring?  While we understand the need to protect citizens from ill-intended drone use, we don’t understand the FAA putting our safety at risk.

Rewind and replay – the Remote ID collects a drone’s location, telemetry and registered pilot information and sends it to a remote service provider.  That provider will store this data, your data, for at least six months.  Six months (or more) worth of tracking.

This begs one very important question.  Is this legal?

Well, according to the Foreign Intelligence Surveillance Act (50 USC 1801 Sub-chapter 101) it’s not.  Electronic Surveillance is defined as “the acquisition by an electronic, mechanical, or other surveillance device of the contents of any wire or radio communication sent by or intended to be received by a particular, known United States person who is in the United States, if the contents are acquired by intentionally targeting that United States person, under circumstances in which a person has a reasonable expectation of privacy and a warrant would be required for law enforcement purposes.”

This fact alone could be the downfall of the NPRM.  YAY!

Let’s backtrack though…the remote service provider now has our data.  Will it be sold for mere profit and who are they going to sell it to?  The obvious would be to marketing firms which would be incredibly annoying but more concerning would be to Law Enforcement. Why? Let’s give a hypothetical. Say there’s a flying hot spot in your local city.  Law Enforcement sees flight traffic there on the regular and decides to target those pilots for FAA regulation compliance. The result of this could be costly citations. That leads to the next problem.

The FAA Remote ID Proposal NPRM as its written would require each drone to be registered for the Remote ID system vs a single registration for each pilot. Simply put, the more drones you have, the higher your registration cost.

Now tack on the purchase of parts needed to retrofit any drone that has no means for internet connection because remember, no internet = no fly. The alternative would be to purchase new drones with Remote ID capabilities.

Unfortunately, many drone manufacturers would see an increase in R&D and equipment costs on new products which would more than likely be passed down to the consumer.

Another noteworthy side effect is that we could see smaller parts companies go out of business due to the increased part expense of Remote ID technology.  Now consider the subscription plan you’ll need for the remote service provider that will store your data. The FAA estimates this could cost approximately $5 per month for the average drone user. Those fees may not cover the cost of building the infrastructure necessary for the Remote ID system.

Only time will tell what costs will be associated but it won’t be cheap.

Now that you have the facts, we urge you to take action.

Read the first 20 pages of the FAA Remote ID Proposal NPRM. This is where you’ll find the most pertinent information.  Then dive into pages 107-114 for a look at possible scenarios if it is passed.

Not sure what to write?  Here’s a sample:

To Whom it May Concern at the FAA,

I am submitting a comment of displeasure for the Remote Identification of Unmanned Aircraft Systems NPRM (docket # FAA 2019-1100).

I am a recreational FPV Drone Pilot and it is clear that this proposal was written with only the commercial drone sector in mind. While I agree with the use of Remote IDs, what you’ve written has placed undue burdens on UAS owners, operators and small UAS hobby businesses and users.

The current proposal will cost me unnecessarily (retrofitting of drones with Remote ID Software, registration fees for each drone, increase in the cost of parts, subscription fees for remote service providers, etc.) but not just monetarily speaking. It will also cost me my safety without the mention of proper fail-safes to protect the months worth of flight data being stored and my privacy, which begs the question.

The Foreign Intelligence Act states that the collection of any wire and radio communications from citizens of the United States is prohibited unless a warrant is issued.

Legality aside, I am also concerned about the possibility of my data being sold by remote services providers for monetary benefit. Keeping all of this in mind, I strongly urge you to reconsider this NPRM. It completely disregards recreational owners, pilots and small UAS hobby businesses yet places the burden on us.

Please listen to the recommendations of the Aviation Rule-making Committee. After all, they are the experts in the industry that you appointed.

Thank you for taking the time to educate yourself on this important matter!

Should you have questions, feel free to reach out to us and we will do our best to answer them.  Remember, the time to act is now! To date, there are only 8,762 comments. Let’s get that number as high as we can!

3 Schulman, Brendan. “We Strongly Support Drone Remote ID. But Not Like This.” January 14th, 2020. https://content.dji.com/we-strongly-support-drone-remote-id-but-not-like-this/?from=dap_unique&pbc=qCg1DB1v&pm=custom

The information provided on this website does not, and is not intended to, constitute legal advice; instead, all information, content, and materials available on this site are for general informational purposes only.  Information on this website may not constitute the most up-to-date legal or other information. This website contains links to other third-party websites. Such links are only for the convenience of the reader, user or browser; APV Drone and its members do not necessarily recommend or endorse the contents of the third-party sites.

Is Kwad Box Worth It? Yes,Yes IT IS!

Is Kwad Box worth it? There are a few drone subscription boxes, but we think Kwad Box will be the best service for most people. Here is our take! 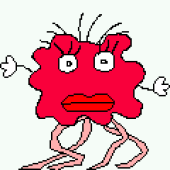 ProjectZenFPV – A Conversation With Gino Carpio

Getting Into FPV Drones; A Beginner’s Story